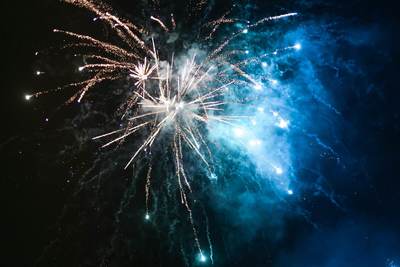 As newlyweds, Husband and I are working on the delicate handling of shared family holidays. Not sure if spending 4th of July with his parents this year means we spend it with my parents next year or if my parents get the next upcoming holiday, but I’m sure we’ll figure it out after weeks of texts, phone calls, and face-to-face discussions with all involved parties.

Yesterday, we lived large celebrating with sushi, an outdoor concert, and fireworks over the lake. I probably shouldn’t be allowed to get as relaxed as I did because when I am such peace with my environment and the people around me, my mind starts to wander and work too hard and suddenly I’m thinking about why city funds are allowed to go towards firework displays while residents struggle with things like poverty, unemployment, or even crumbling roads. Then I got really into it and started looking up data about the average cost of firework displays and spontaneously became a strong proponent of privately sponsored shows. Or even better: it’s 2015-haven’t we come up with any more environmentally friendly ways to celebrate?

My brain continued to wander as I pondered the morality of celebrating the White settlers’ freedom while their continued expansion meant the loss of the American Indians’ freedom. And then I start to wonder if tax on tea and extra governmental oversight was worth the cost of lives lost in the American Revolution and if people today would make the same decisions or just be cool with Great Britain being in charge of everything. Great Britain does seem pretty cool, after all, with the Beatles and Princess Kate and afternoon tea. I might pay some more taxes to be part of that.

I got distracted from this train of thought and went back to appreciating the sunset. I decided later, thought, that it can’t hurt to realize that this patriotic holiday might bring up mixed feelings, even to those who have risked their lives to maintain freedom, and maybe unpacking it’s history involves just a little more than red, white, and blue jello salad.

P.S. Here are two highlights from my All-American weekend: 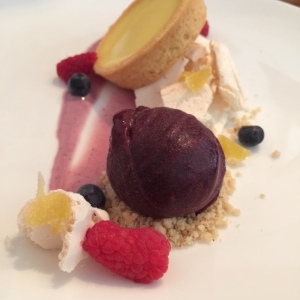 0 comments on “Fireworks (and other unpatriotic thoughts)”